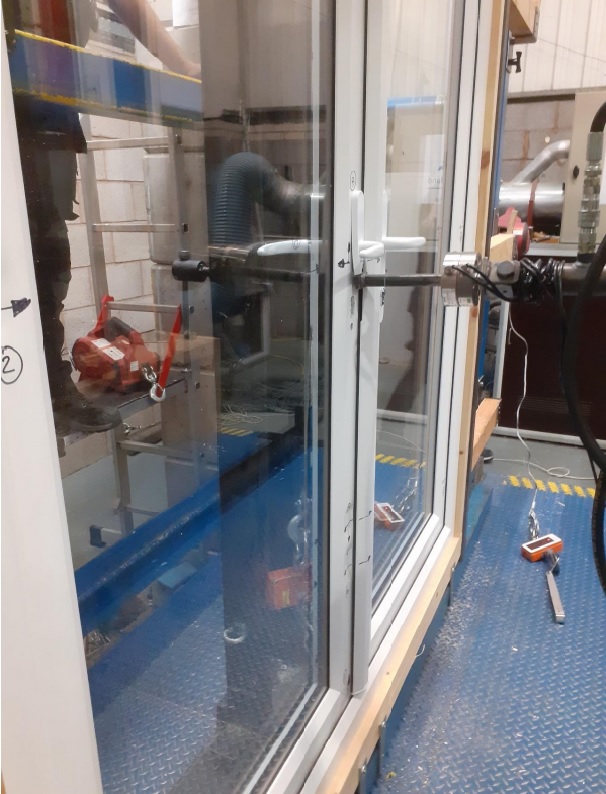 We are delighted to have just passed another year of PAS24 Enhanced Security testing.

To become accredited, Right Price submits its products to an independent testing company, which is certified by United Kingdom Accreditation Service (UKAS). This test not only assesses the quality of the product but also whether the manufacturing process meets the standards. Therefore, products are regularly re-tested.

The testing involves the measurement of the security performance of windows and doors, in order to guarantee that they are resistant against a specified level of attack from an opportunistic burglar. Therefore, the test is a stimulation of an attack.

The security test for windows involves the testing of the glazing frame, including the beads, and the glazing itself, which is conducted by the application of 200kg worth of pressure onto the corner of the windows by a mechanical infill machine. After that, the mechanical loading test assesses the window profiles with the use of 300kg of force, by mimicking the act of someone attempting to force open the windows by levering. To make sure the window has not been weakened by the pervious test, a 100kg hydraulic force is applied pressing against the frame. Lastly, to ensure all parts are examined, the windows are tested manually by an engineer who spends 15 minutes trying to break the window.

In case of the doors, the mechanical loading test involves the testing of the strength of the profiles and their locking systems against the action of someone trying to force open the doors with a force of 450kg for 30 seconds. Following this, a force of 100kg from the hydraulic press pushes against the tested doors to ensure they are not weakened.  This test is followed by a solid impact test which test the resistance of the doors by dropping a 30kg leather bag, filled with sand onto them. The hard impact test afterwards measures the resistance of individual elements of the doors using a 50kg metal battering ram. Just like the windows, the doors are also manually tested with the simulation of a break-in.

When it comes to the assessment of their weather resistance, the windows and doors are put into a pressure chamber which applies air pressure on them, stimulating wind pressure. To assess their water resistance, they are sprayed with water and checked for leakage.

Feel free to drop in to our factory & sales counter in Plympton to chat through any options or collect brochures.

We are social on